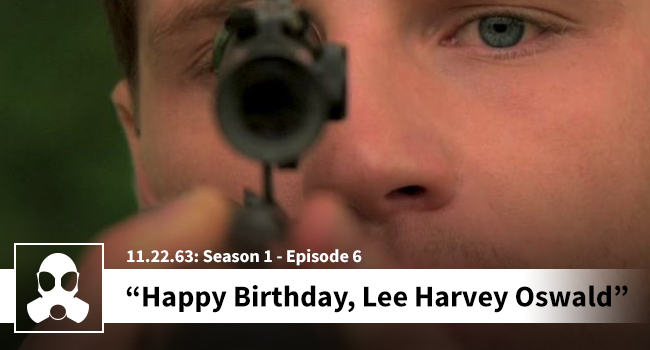 James Franco hops through time via the back room of a diner to save Kennedy – and he’s stone-cold sober.