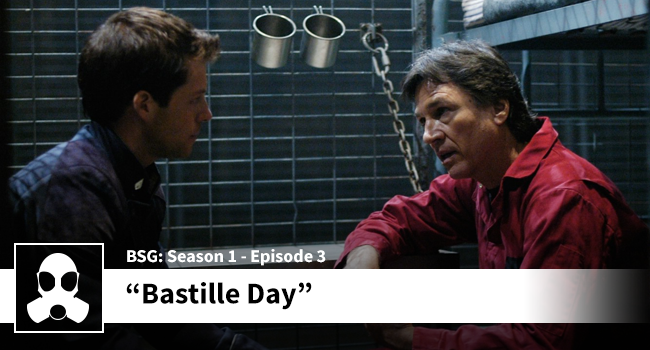 Matthew gets his first introduction to Tom Zarek, and the lads get into a discussion about the inmate population, and the logistics of handling prison labor while on the run from the Cylons.