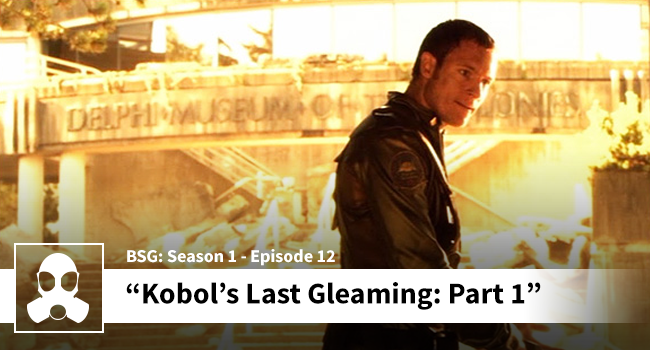 The lads talk Gaius (and how baffling he is), Six’s apparent jealousy, Cylon motivation, Starbuck’s choice, and the growing sympathies that they both share for Boomer.