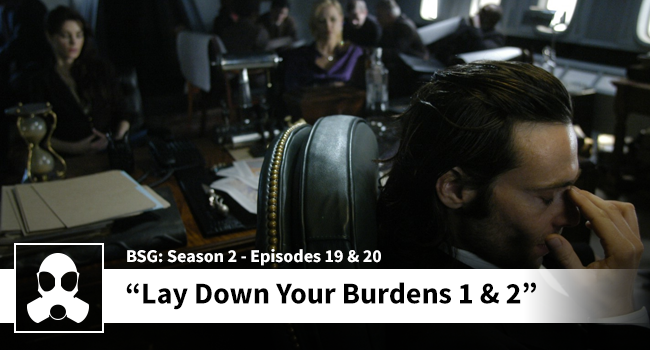 Matthew spouts some commie rhetoric and Dean talks about breaking up unions and freedom, but the lads come together to invent a great alternate scene that could exist involving Boomer murdering everyone on Cylon-Occupied Caprica to the tune of Django Unchained.