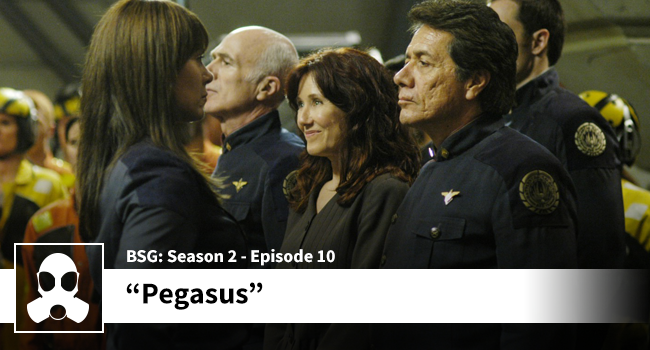 After watching “Pegasus” both Matthew and Dean consider defecting to the Cylon side to avoid being murdered by their fellow space chimps.