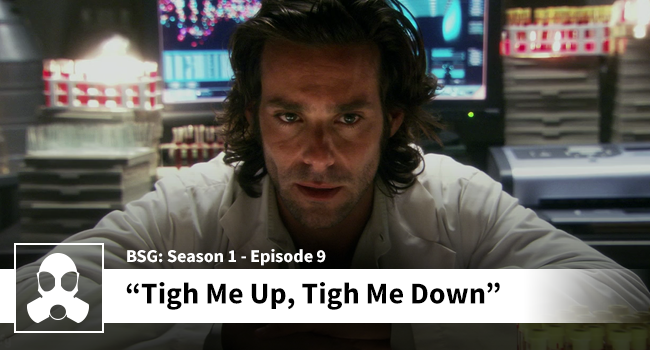 Matthew and Dean discuss the tonal shift with “Tigh Me Up” and how it seems oddly placed in the series. Ron D. Moore himself decided to “punt” on the original take of the episode which was to be much darker. The thought process was to let the audience come up for air after a heavy and dark preceding episode. The lads did find plenty to like this week especially as it relates to Gaius Baltar, and of course the titular, Saul Tigh and his tumultuous relationship with Ellen.