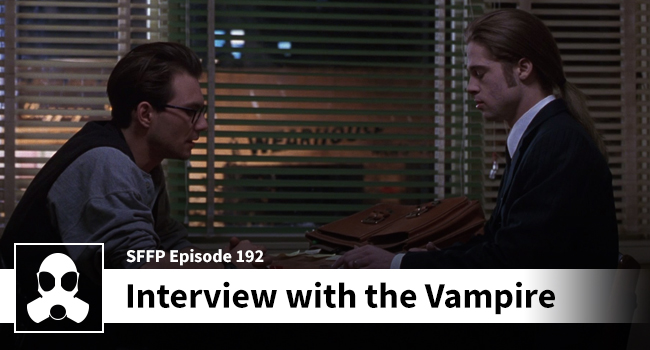 Much like Louis and Lestat slake their thirst on their human herd, Matthew and Dean bite deep into this delectable tale of gothic horror from the one and only Anne Rice. Vampires offer plenty to talk about, and plenty to theorize over: Why people are so fascinated by these beautiful corpses? Matthew calls “Interview” the gold standard of vampire fiction (film). Dean called it a collection of scenes that may be greater than the sum of its parts. One thing is for sure – there is plenty to talk about especially with this being LSG Media’s first vampire flick covered in almost 200 episodes. What were we waiting for? What are you waiting for? Push play and let the words course through your ears.