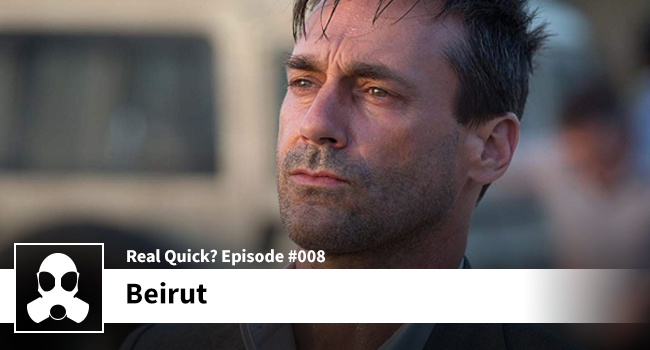 I wasn’t sure where I wanted to go with covering Beirut, and ended up spending most of my time discussing the outrage that surrounded the trailer (and the film itself) which I had no idea existed until I actually watched and read about the movie. I talk about outrage, critical thinking, and how sometimes it is just easier to shoot a film in Morocco.