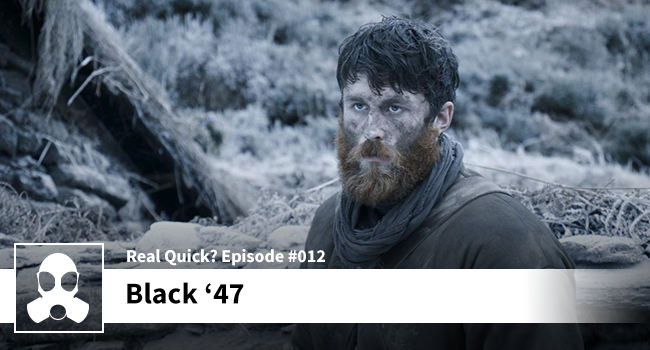 When I was younger I saw the people involved in the Irish/English conflict in very black and white terms. Irish good – English bad. As I have gotten older I have come to realize that history is more complex than is depicted in film, and Black ’47 is no different. The villains are bad and the heroes are good, and the beats occur as expected. It’s a basic revenge film. On the one hand its simplicity is a strength. The film doesn’t try to do too much, and it executes the simple plot effectively. On the other hand it doesn’t offer anything new in the age-old conflict between the English and the Irish.