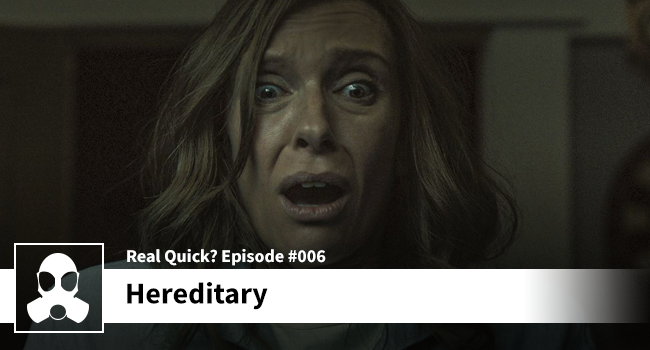 The ending of Hereditary is a crucible not just for Annie and her family, but also for the audience in that it will separate the lovers of Hereditary from those who thought it was just “okay” or those who say it was “great up until the ending”, because make no mistake – things get bananas. In Real Quick fashion I don’t spend much time on the plot of the film, but I do offer up a spoiler section post-credits to discuss the ending (that crucible I mentioned) which I happened to love, especially on a re-watch as the clues became more obvious. Without spoiling too much in the show notes I will simply say that I loved this movie for very specific reasons which will be revealed to you by the end of the podcast. Thanks again for tuning in and we will see you next week for The Neon Demon.