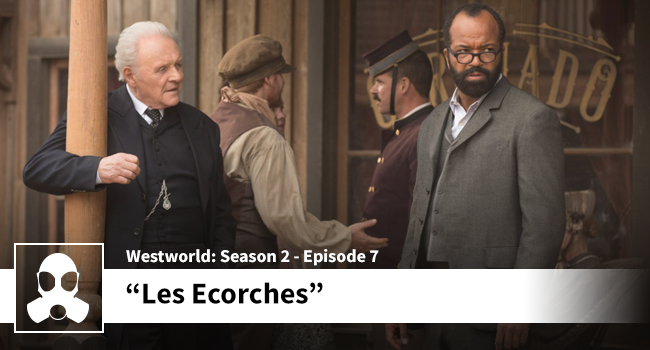 Dean’s not a voice actor (drink!) but that doesn’t stop him from trying to do voices over this bloody blood-bath of an episode. Jessica gets a little hot under the collar for Angela’s seduction scene, and they both entertain the ‘Bernarldo’ theory. Also: Jessica still doesn’t know the name of the podcast she’s on. That’s three-for-three!