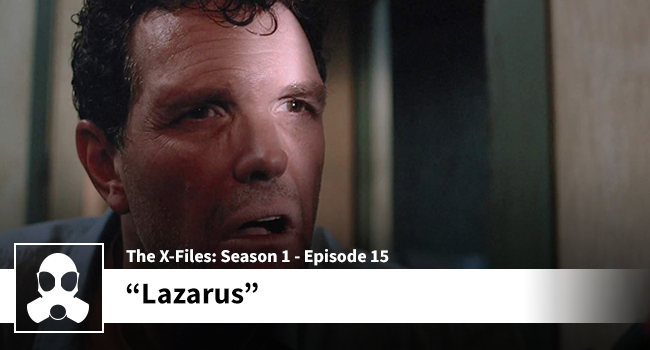 Dean and Josh consider why Lazarus is one of those middling episodes that nobody really talks or cares about, and they keep coming back to the same culprit: Agent Jack Willis, despite Christopher Allport’s best efforts, just isn’t a character that is particularly likable or sympathetic. The episode relies too heavily on creating sympathy for him through Scully’s POV. Sadly, it doesn’t work. That tattoo thing is dumb too, but neither reason is cause to write the episode off. The episode is not bad, on the contrary, there is plenty to like especially Allport’s performance. There is also some slick tactical movement (finally!), the always popular psychic transference device, and some legitimate police work from Mulder.